Haha, get it? Because I made a couple of Grainline Scouts! Two, to be specific... 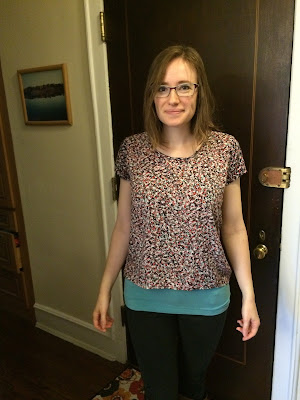 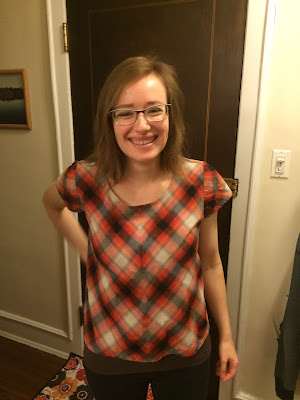 There's something about a woven tee that seems oh-so-much fancier than a knit tee. I'm a fan of each of these, and they've been featuring heavily in the workday rotation with skinny pants and flats or boots.

Each one is a size 8, and each is made out of scraps taken from other things. The orange one started life as a bias-cut flannel skirt that slowly got all misshapen as the fabric panels stretched out unevenly. I did get to keep some of the bias seams down the center front and back, and I quite like the mirroring effect. 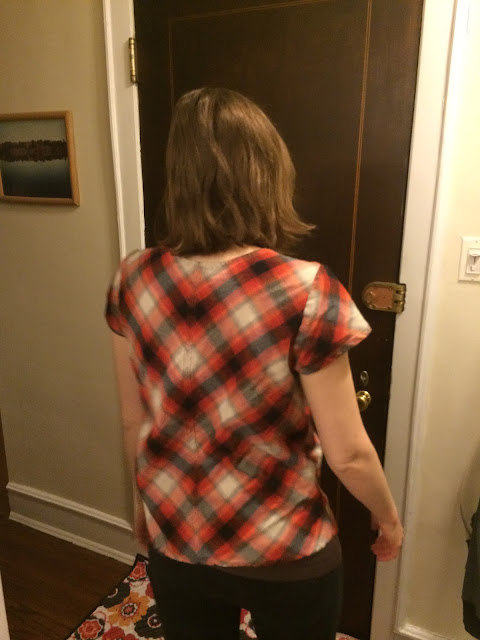 The speckled one is a rayon challis that was pulled from a failed dress. It looks much better this way! One thing you might notice is how much more softly it falls. I like both, but the rayon definitely has more drape. It's particularly noticeable at the sleeves. Overall, the rayon makes for a more flattering shirt given Scout's ease, but I feel pretty cool in the flannel version, too. 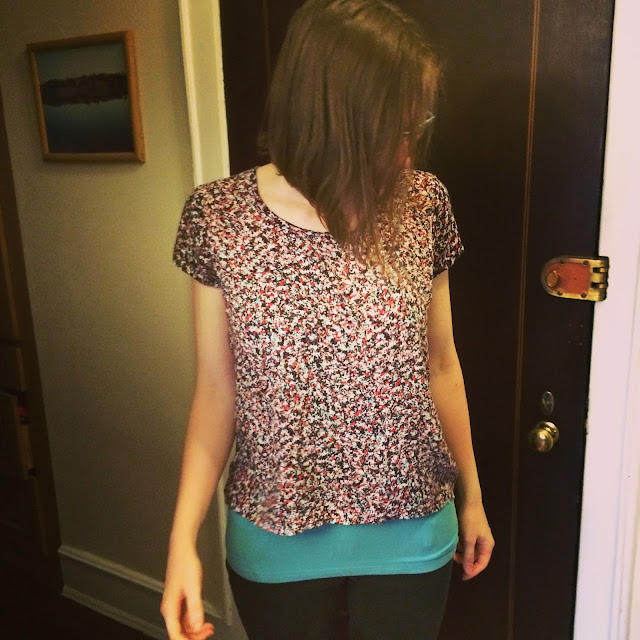 You can tell in the side view that there's a distinct high-low thing going on with the hem. I'm not certain whether this is due to the pattern, the need for an FBA, or a bit of both. I think it's both, as the model picture also has a slightly high-low hem, but my side seam hangs at more of an angle. It's so hard to tell with a more blousy top like this, but then again, that also makes it matter less. 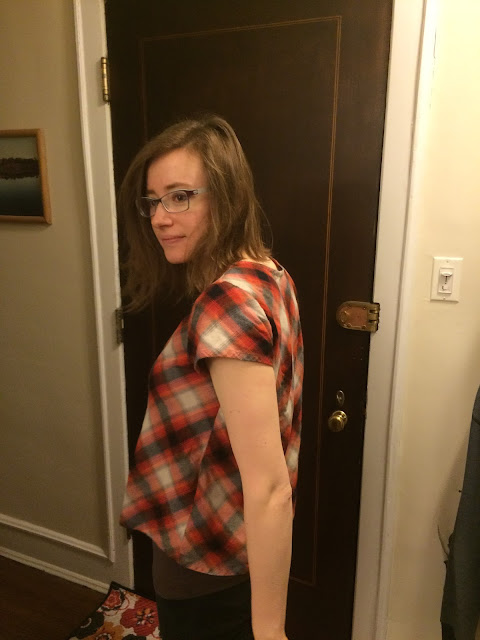 All in all, I like this pattern a lot, but I might be ready to try a new woven tee next, just to change it up. I am so glad I got some workable basics out of these refashions, though!
Posted by Tangerine Shark at 6:45 PM 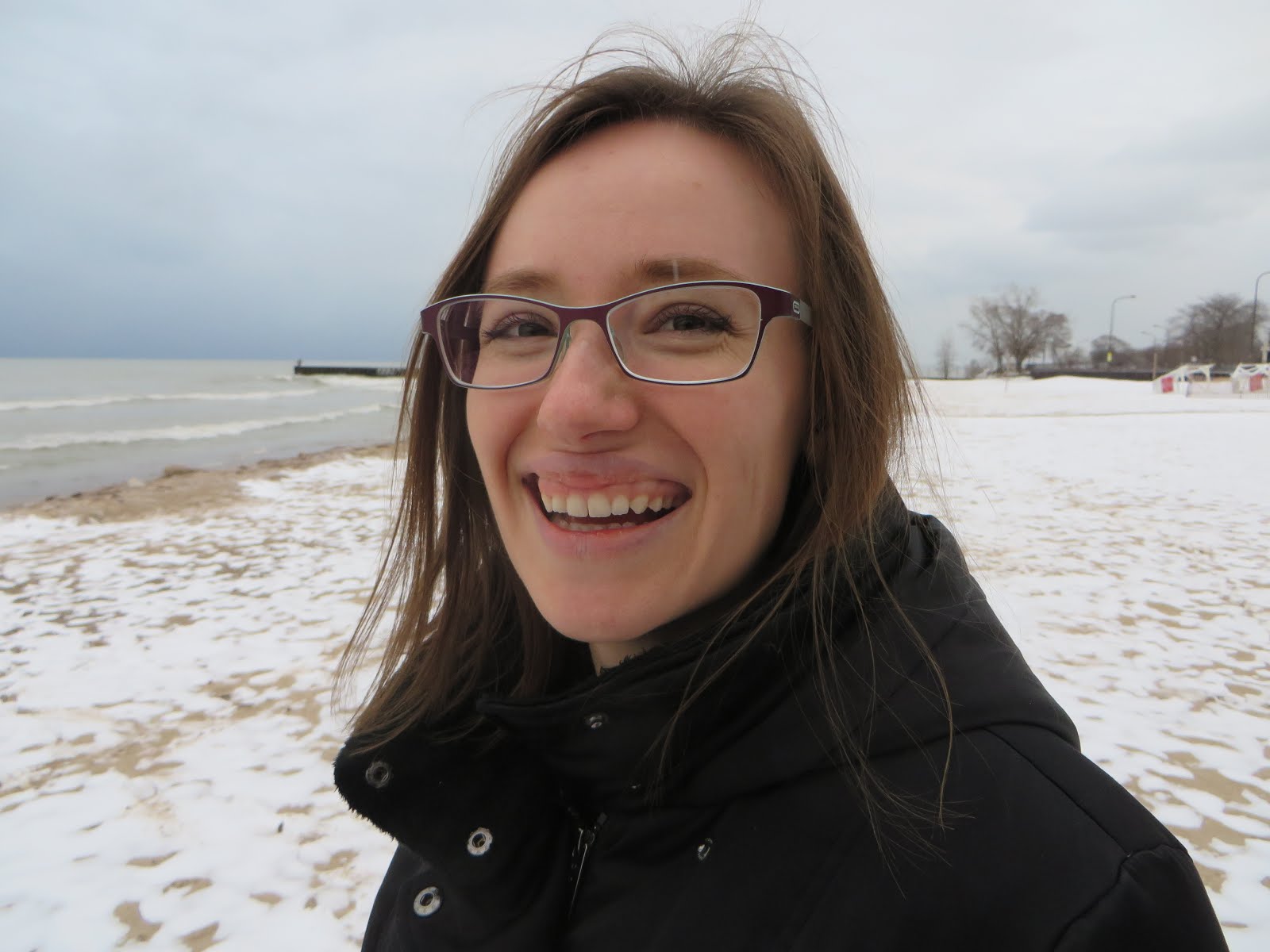 Hi! I'm Karen. I love sewing, art, and science. When I'm not working on a better, more sustainable wardrobe, I'm usually drawing, painting, or geeking out about how to solve climate change. Or at work or running errands. But nobody wants to hear about work and errands.